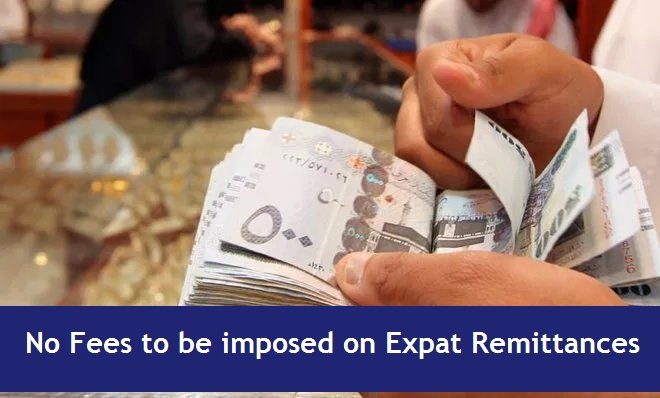 Shoura Council of Saudi Arabia has received a proposal to discuss about Fees on Expat Remittances. The Government of Saudi Arabia is not expected to impose Fees for Expat or foreign remittance.

Saudi Arabia is a home to 10 Million+ Expat workers. They have sent almost around $38 billion to their home countries and not to impose fees on sending money to home countries is in discussion now.

Long ago, foreign workers’ remittances went as high as nearly SR150 billion ($40 billion). Since then media has called for the imposing of fees on such remittances. At that time there was no tendency to impose dependent fees on expats

No Fees to be imposed on Expat Remittances

Shoura Council Member told that the expat remittance process goes through change of multiple currencies into dollars and then to Expat Home Currency which when converted charges the kingdom a little cost which drains reserves of hard currency.

He also told if any proposal of such exists will impact Expats earnings as they are already paying kingdom Taxes. If an Expat is already paying taxes on time then why he should have to pay additional Fees on Remittance.

Even if the proposal of Imposing Fees on Expat remittance is accepted it will help in decreasing unemployment in Saudis.

Imposing Expat Remittance Fees is not where related to Saudis unemployment and the Ministry has already denied rumors of charging expats for their remittances in January 2017.