The Saudi MOI released a revised list of fines for violating (COVID-19) protocols on Tuesday, including punishments for social gatherings as Eid approaches.

The latest list of fines for violating COVID-19 protocols comes after a May 7, 2020 announcement of new regulations aimed at limiting gatherings that aid in the spread of the virus.

Fines for violating COVID-19 protocols will be imposed on those in charge of conferences and facility managers for the following:

Gatherings in a single or particular space in excess of the number stated by authorities without a residential relationship wit hin houses, farms, and the like will be fined SR10,000 ($2,700).

For family gatherings in houses, fields, camps, chalets, or open areas for people living in the same neighborhood, a fine of SR15,000 is imposed if the number of people in one space exceeds the number listed in one space.

Another SR40,000 fine is imposed for gatherings for social purposes, such as funerals, parties, and the like, that exceed the allowed number of people.

Any group of employees in a home or a construction site who are not related by blood or marriage.

A fine of SR50,000 is imposed on any group of employees without a residential relationship in houses, buildings under construction, farms, and other similar locations, if there are five or more people in one particular space.

Violations of precautionary measures by private sector establishments/facilities will be fined according to the cases stipulated in the preventive procedures and measures announced by the government.

Violations  include inviting people and allowing meetings, failing to verify the health status of individuals through designated applications, allowing reported cases to enter the facility, failing to conduct worker check-ups.

The person in charge of the facility will be penalized   for violating COVID-19 protocols as follows, based on the size of the facility and the number of employees: Small businesses with one to five employees will be shut down for five days and fined SR10,000.

The person in charge of the facility will be referred to the Bureau of Investigation and Public Prosecution to consider a jail term if the crime is repeated.

Restaurants and cafes are exempt from the above-mentioned closing times, and will only be closed for 24 hours the first time, 48 hours the second time, a week the third time, two weeks the fourth time, and a month the fifth time.

Refusing temperature checks at exits, not wearing masks, not adhering to social distancing, and withholding health information via the Tawakkalna app are all examples of violations.

Those who enter the Grand Mosque without a permit for prayer will be fined SR1,000.

Anyone who attends the above-mentioned meetings will be fined SR5,000 the first time, with the sum rising to SR100,000 if the offense is repeated, as well as referred to the Bureau of Investigation and Public Prosecution for consideration of a prison sentence. 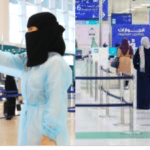 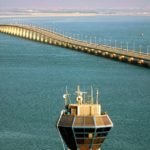