Saudi Arabia is very rich in Oil and rich people do exists in Saudi Arabia with high income. List of top Saudi Arabian Billionaires who are not only Saudi is the second largest Arab state. Saudi Arabia is a country where 20 million Saudi Citizens along with 5 million Expatriates living in Saudi Arabia. More than 75% of the Revenues comes from Oil industry.

Saudi Arabia is extremely wealthy country which have royal families and Arabs who are top billionaires with lavish and rich culture. Thought most of them belong from the Royal family of Saudi Arabia, but if we consider individual Billionaire & Rich people in Saudi Arabia

Bakr bin Laden was one of the chairman of the popular Saudi Binladen Group and at some point. His major investments are in construction works

Salman Alhokair one of the Top 10 richest in Saudi started a Group of Fawaz Abdulaziz Alhokair Group along with his two brothers in 1989 for menswear retail stores.

Fawaz Alhokair is a brother of Salman Alhokair and the Group of Fawaz Abdulaziz Alhokair Group is named after him. Now This company is one a leading groups of Companies in the Kingdom Saudi Arabia real estate and retail businesses.

A self made billionaire who established Fawaz Abdulaziz Alhokair Group and made a name in Fashion & retail in Saudi Arabia. Now ranked at no.7 richest in KSA.

One of a Top businessman and a largest stake-holder in Al-Rajhi Bank. He also has his investments in Baraka Banking Group and also owns shares in few Cement & Agriculture companies.

Sulaiman Al Rajhi who owned 20% stake in Al Rajhi Bank in Saudi Arabia. He is a High profile philanthropist, who transferred his wealth in charitable endowments and spent wealth to promote education and develop anti-hunger programs in KSA. His investments are in Plastic & paper companies & Al Watania Poultry.

One of the biggest investor in Saudi Stock Exchange and own lots of hotels in the Gulf countries & Europe. He has his investments in JJW Hotels & Resorts, MBI Group, AJWA Group for Food Industries & Riyadh Bank

Member of the House of Saud and founder of Almarai (A Dairy Company). Almarai supplies milk from its Holstein cows across the Gulf countries. He has investments in farming. He is the chairman of the board of Arabian Shield and Arabian Union for Cement Industries and serves as vice president and managing director of Yamama Saudi Cement.

There you have it – These are the top 10 richest people in the Saudi Arabia.

Thank you for watching! 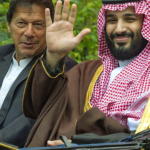