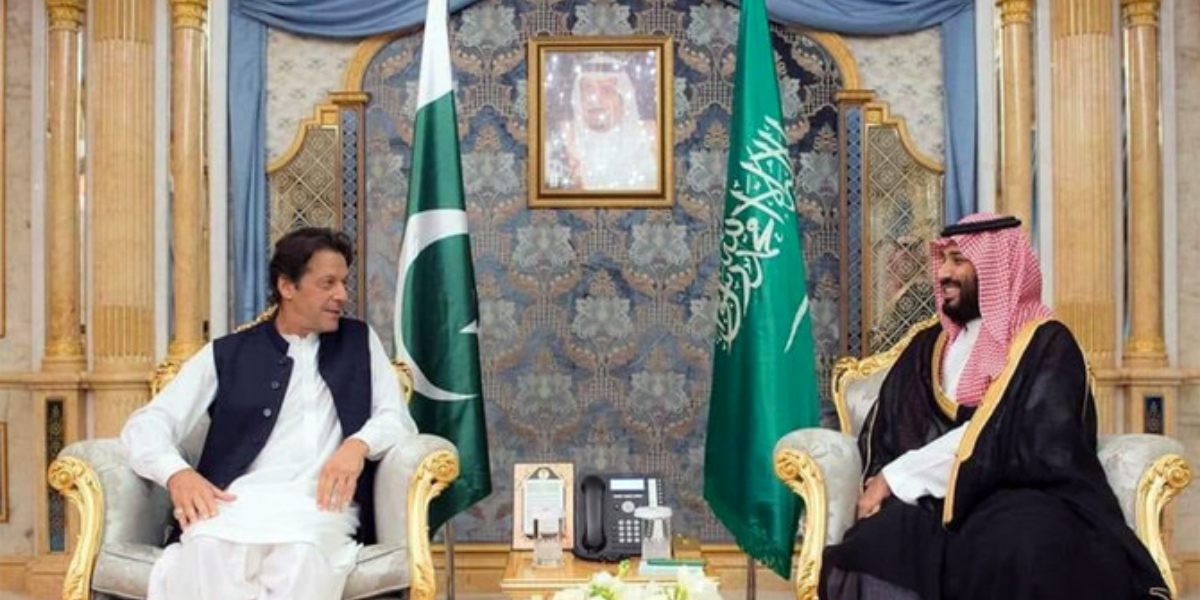 Prior to the visit of PM Imran Khan  Pakistan’s Cabinet gave approval for the establishment of the council.This council is created for smooth flow of investments for the deals signed while CrownPrince Mohammed Bin Salman Visited Pakistan in February 2019

MoU also signed to finance projects in the fields of Water, Communication technology, Infrastructure, Transportation and Energy between Saudi Fund for Development and Pakistan according to reports from Al-Arabiya TV.

Crown Prince Mohammed bin Salman and Imran Khan were present to witness the signing of agreements for increasing  crime prevention cooperation as well as people suffering because they are sentenced to penalties and their freedom deprived.

Mr.Imran Khan landed in Saudi Arabia on 3 day visit at  the invitation of crown prince Mohammed Bin Salman. Mr,Khan is received by crown prince at the Jeddah Airport along with the first lady of KSA.

The PM of Pakistan and Crown Prince reconfirmed the importance of strong ties between the two nations that are bonded firmly with the common beliefs,trust,values and traditional support that is lasting for decades.They mutually agreed to “ strengthen more, take it to new level and diversify all the ties of trade, defense sector and economic support.

Its to be noted that about 2 million Pakistanis work and live in Saudi Arabia. They remit every years billions of dollars and it’s a vital support for Pakistan’s economy.

The visit has special prominence on increasing investments in Pakistan from the Kingdom.Its in the field of energy and to make more job opportunities for Pakistanis.

Mr.Khan raised the issue of situation in Indian-administered Kashmir and sought for the importance of amicable solution of the Jammu & Kashmir dispute between India & Pakistan.He talked about the striving of Pakistan to and its consistency of its efforts to bring peace in Afghanistan. The climate change and environment related problems.

He applauded the “Green Saudi Arabia” initiative of His Highness Mohammed Bin Salman.

He invited crown price to visit Pakistan at the best of his convenience as reported by foreign office.

Before the visit of  Mr.Khan the army chief of Pakistan Mr. Qamar Javed Bajwa was in KSA on Friday and held talks with crown prince for bilateral ties revival.Mr.Bajwa spoke regarding the cooperation in defence with chief of Saudi Military.