Since the decade-long ban on women’s driving was lifted on 24th June 2018, in the Kingdom of Saudi Arabia , the official figures and statistics of Saudi Arabia show us that more than 75000 women have got their driving licenses approved .

By the end of the year 2019, it is estimated that the overall number of women drivers in Saudi Arabia may reach to 100,000. Already, 75000 women got their driving licenses approved the Saudi Government in less than a year.

In Dammam and Najran, about in a month , there is a possibility that two new driving schools may open their doors for the women to learn driving as in order to get their driving licenses approved. Infact, there are plans to establish 11 new driving schools in several parts of Saudi Arabia.

Even the Director General of Traffic gave a positive response towards women’s driving by saying that Women in Saudi Arabia have till now proved to be responsible drivers and have not violated any such laws which are a threat to the public safety.

The Al-Qassim region has already launched a school with an area of 55,000 square meters. This school was the first of its kind in that region  and also the 7th in the Kingdom of Saudi Arabia. 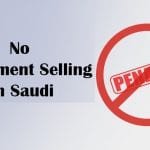