The court ruled that the prisoner would have to serve a sentence after deducting the number of days he had already been detained.

According to accusations filed by the prosecution in court, the man refused to follow security officials’ instructions while performing field missions on the coast of Jeddah Cornish.

As a result of the investigation, the defendant refused to show the guard’s ID and warned him not to follow him. As a result, a security patrol team arrested the man. He was subsequently released on bail after a crime of not wearing a mask was registered against him and he was also informed of his legal rights.

Earlier, citizens confessed to his crime, but later denied the charges, claiming he was walking in the corniche with his mask in his hand when he removed the mask because of the heat and sultry heat. After confessing to him, he hugged him, so he asked the guards to leave him.

The prosecutor presented the defendant’s arrest and circumstances leading to his first confession in court, and decided to prosecute him for failing to respond, considering his actions as a violation of the rules.

The accused was unable to attend the first court, but later appeared in a remote court. He didn’t respond to the guards because he used earhook Bluetooth headphones while talking on his cell phone and thought he never wanted to go against them.

He also pledged to the court not to repeat such crimes, and that what happened was a careless act.

The court found the citizen guilty, stating that the defendant had committed a crime, including obstructing the guard’s duty, by refusing to respond favorably to his instructions. 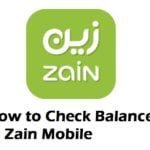