Saudi Arabian Authorities have warned all the Expatriates and residents and living in Saudi Arabia those who wants to do Hajj to have all the official permits before starting for Hajj and do not Transport illegal Hajj pilgrims along with them to the Holy sites for Hajj.

Transporting Pilgrims into Holy Places such as Makkah & madina in Hajj season without Legal permit is a violation and those people who violate these rules will face Heavy Fines & penalties.

Expatriate violators face deportation and a ban from re-entering the kingdom for 10 years.

For Saudi Nationals, the fine will 10000 SR or 15 days jail and repeating it for the 2nd time will increase the penalty to 25000 SR and 2 months jail on each illegal pilgrim being transported.

Also, the vehicles used to transport illegal Hajj pilgrims will be seized.

The measures are aimed at facilitating Haj rituals for the people attending the annual event. Nearly two million Muslims from outside Saudi Arabia are expected to participate in the Haj congregation due later in August. 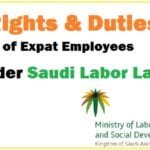