Saudi Ministry of Interior has ordered a ban on carrying liquified gas and stoves in Makkah, Madina and Holy sites during Hajj 2018.

As per the Saudi Interior Minister Prince AbdulAziz bin Saud all necessary measures have been taken to ban use of natural gas for cooking and Stoves in all holy sites during Hajj 2018 (1439 Hijri).

This ban has been called out keeping in mind the satefy and security of Hajj Pilgrims and avoid any unwanted incident.

Penalties & fines would be implied to any person who will be found in breach of the substance of this decision.

Reiterating the ban, Director General of Civil Defence General Suleiman bin Abdullah Al-Amr said that the ban on liquefied gas for cooking would remain in effect due to potential dangers to pilgrims at holy sites.

Ministry has also appointed the Civil Defence teams Makkah & Madina to carry out checks and searches inorder to make sure that no gas cylinders are used. 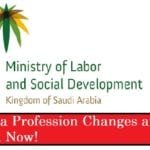