The Saudi Arabian Public Prosecution has warned that dealing, manufacturing, or smuggling fireworks and explosives is considered to be a crime within the Kingdom of Saudi Arabia (KSA).

The Public Prosecution confirmed that whoever is caught smuggling explosives, produces or participates in the trafficking of these into the Kingdom, the person responsible is liable to prison and a fine that is in line with the law on explosives and Fireworks.

The Public Prosecution warned that the punishment for those who violate the law on explosives and fireworks is jail for a time that is not more than 6 months and a fine of not more than 100,000 SR, or any of the two punishments.

It is also worth noting the Public Prosecution has also warned earlier in a press release, that it is unlawful to carry any firearm or its ammunition , without having a permit for the possession of it.

The Public Prosecution has also prohibited the shooting of guns in public spaces or at events and has stated that such acts are among the most serious crimes which warrant arrest. 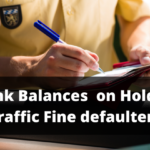