The Ministry of Interior, represented by the General Department of Traffic, announced that the bank balances of people who are in default on their traffic fines are to be held in order to be able to use the money to pay the fines that are delayed.

The new procedure for the change that is a method of direct execution of the directive of slapping fines. It will be announced in conjunction with the relevant authorities, such as those from the Ministry of Justice, Ministry of Finance and the Saudi Central Bank, and the Board of Grievances.

This move is in the wake of the Royal decree that was issued on April 15 that amended Article 75 in the Traffic Law, the Saudi Press Agency said.

The funds in the account of the breaker are confiscated in the event that they do not be able to pay the fine within 15 calendar days following the 30 days period stipulated to file objections to fines or if a court of competent jurisdiction refuses to hear the complaint of the violator, or makes a decision on making adjustments to the amount of the fines slapped or if the offender applies for a new extension of time, 90 days in which to be able to pay for the fine.

The Ministry of Interior, in collaboration in conjunction with Ministry of Finance and the Ministerial Committee for Traffic Safety is responsible for determining the traffic safety violations that are not subject to withholding or direct application of the penalty, provided that it does not pose a threat to public safety.

The ministry will release an inventory of the traffic offenses that require direct withholding of bank accounts belonging to defaulters is not applicable along with other regulations , like allowing the split payment of traffic fines and providing a discounts of 25% of fines in specific cases.

The ministry urged residents and the general public to observe the traffic rules and refrain from committing traffic offenses in order to fulfill the purposes of the system of traffic that strives to safeguard the public by eliminating the factors that lead to traffic accidents and their resulting physical and human losses. 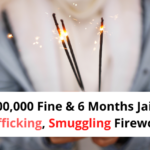