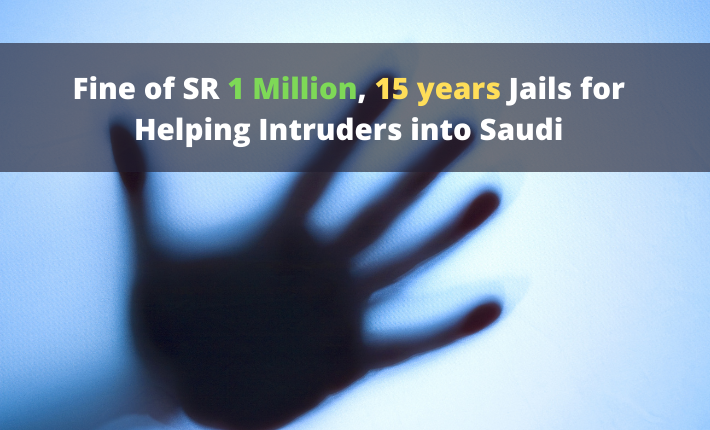 The Public Prosecution has warned that allowing intruders to enter Saudi Arabia is one of the major crimes that must be prosecuted.

The Public Prosecution has stated that anyone who assists the intruder in any way or hires the intruder to work throughout Saudi Arabia will be arrested because it is one of the major crimes that requires strict criminal accountability.

Also, anyone who aids or hires an intruder to work in Saudi Arabia will be charged with major crimes and must be held accountable.

The penalties for allowing intruders to enter the Kingdom include a fine of up to SR1 million as well as imprisonment for a period of no less than 5 years and up to 15 years.

In addition, the tools used in the crime will be confiscated, as will the house that was prepared to house the intruder.

According to the Public Prosecution, if the means of crime or the housing (the location of confiscation) belong to someone else, the penalty will be a fine of up to SR1 million.