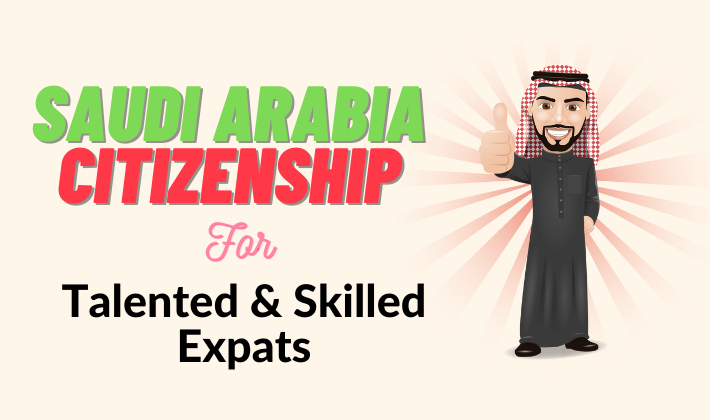 Saudi Arabia has 13.49 Million expats in the kingdom of Saudi Arabia (KSA), which is 30%+ of the total population of Saudi. Expats from various countries like Pakistan, India, Bangladesh, Philippines, Yemen, Egypt, Indonesia and many more countries.

Expats working in Saudi Arabia has been living a luxurious life, where as few expats are living in manageable conditions due to the implication VAT, Dependent Fees and increase in Traffic violation penalties.

Few days back the Royal decree, the custodian of two holy mosques King Salman bin Abdul Aziz has announced citizenship to highly skilled & talented expatriates. This is a major shift for Saudi Arabia to attract innovative & skilled talent to end its dependency on oil.

Expatriates working in Saudi Arabia who have specialized skills in medical, scientific, technological, cultural, legal and sport fields will be able to obtain citizenship in Saudi Arabia.

This step in Saudi Arabia will attract multi-talented people which will help in the development of Saudi Arabia and diversifying the economy which is a Saudi Arabia Vision 2030.

It was difficult to get citizenship in gulf countries earlier, but now as the Kings are open and wants their country to develop in every way are bringing in new policies for everyone. Providing Citizenship for scientists, intellectuals and innovators from around the world is also part of economic & social reform plans by Crown Prince Mohammed bin Salman.

The plan to introduce Saudi Citizenship to skilled & talented people was announced earlier in the year 2019 and now we hear that it is initiated in 2021.