The General Directorate of Passports (Jawazat) has released the rules for residents’ temporary trips outside the kingdom of Saudi Arabia.

Jawazat said that the residents can travel out of the Kingdom without having a valid visa as well as an official travel document that is valid, in addition to the necessity of observing the entry requirements of the country in which the traveler is planning to go.

Requirements for Temporary trips outside KSA

Furthermore the Jawazat has earlier urged residents and citizens to make certain to update their post details registered in the “Absher” system and the “Muqeem” portal to facilitate the transfer of notices and documents of the person and their dependents that are issued by the Directorate through”SPL”, the Saudi Post, “SPL”.

It is interesting to note to note that General Authority of Civil Aviation (GACA) has earlier issued an advisory directed to every airline operating within the airports in the Kingdom of Saudi Arabia, including private aviation, with regards to changing the travel procedure for travel to and from the Kingdom. 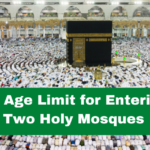