Do you know who is Rakesh Chenna? he is just all over the social media on Facebook in Saudi Arabia. he said in one of his comments that “Myanmar is doing a great job we Indians should do same thing in West Bengal & Kashmirlove you Myanmar keep it up” supporting killing of Rohingya Muslims which is inhuman.

United Nations named Rohingya Muslims as the most presecuted minority in the entire world.

Though these many things are happening in Burma. No other Media is showing any details on Television.

But this guy who can be seen below on his facebook account have been commenting in support of Burma Buddhists.

Lets go into the details of his account. As per the Facebook profile He is a Business Oner of a company called ‘Forever Living’ in Jeddah Saudi Arabia. He studies in Osmania University which means he must be from Telangana, India. As per the address he is from Armoor. Armoor is a town in Nizamabad district in the state of Telangana.

We tried searching for his profile on Facebook or Twitter but unable to find it now. May be he has deleted his social media profile and hiding now, else might be a fake profile.

I request all the Expats and National living in Saudi Arabia to Find out who is Rajesh Chenna and if they know anyone with this name and resemble the same picture from the profile, they can reach to any nearest Police Station in Saudi Arabia and register a complaint against him by Supporting Killings of Rohingya Muslims under the Cyber Law.

Request: Please Share so that it reaches to everyone in Saudi Arabia 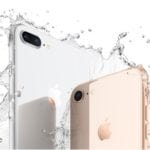