Vision 2030 for Saudi Arabia is Nationalizing (called as Saudization) all jobs only to Saudi Nationals.

Many countries around the world have implemented this to give more Job opportunities to Nationals than expatriates. Middle East and Gulf Countries also apply the same strategy now to Hire Saudi Nationals and remove Expatriates.

We can see a large number of Expatriates in Gulf countries. We don’t see this in Europe and America where only a few number of jobs are occupied by Expatriates and immigrants. In  US, for example, Expatriates such as Latinos, Africans and Arabs work as taxi drivers and municipal workers. They are also employed for road and house maintenance, hotel and restaurant services, shops, and mobile food carts.

These countries employ other nationals considering their educational and scientific knowledge. The US government gives citizenship to scientists and researchers and tries to keep them on their soil to benefit from their knowledge. They include Arabs, Saudis and other GCC nationals.

The US can do it because of its size and the “American Dream” program. This does not mean the same can be successfully applied in Arab and Gulf countries, because of geographical and other differences. I believe that those who have migrated from their countries should have stayed back to make them another America and Europe.

The presence of close to 8 million Expatriatess, compared to 5.8 million Saudi workers, clearly shows that there is something wrong in the system. This has created many challenges and exposed many false claims regarding employment of Saudis.

Some Saudis Nationals have taken jobs in the market, which were previously monopolized by expatriates. The Saudization program also unveiled the fact that the Saudis are unable to compete with expats at places of work because of unfair competition between them.

This has angered many Saudi National graduates because they find it difficult to get employed in suitable positions that cope with their specializations. At the same time, there are officials who wanted to push these Saudis to join the market and trade, and give up their dream of having a good job.

Nearly 8 million Expat workers, who still retain their jobs in the public and private sectors, pose unfair competition to three million Saudis who look for jobs. As the statistics authority expects an increase in the number of expatriate workers this year, I believe that there is only one strategic solution to cut unemployment rate in the Kingdom. 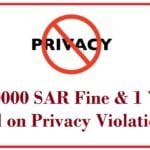