The Chairman of Lulu Group who is a native of Kerala and a business tycoon who runs business in Saudi & UAE is the first Indian to get Saudi Green Card.

MA Yusuffali, the Chairman of Lulu Group can now own business and property in the kingdom. He has received Saudi Arabia’s Premium residency earlier this week. The Premium Residency program was introduced as a part of Saudi Arabia’s Vision 2030 reform plan.

Yusuffali is into the supermarket business in the kingdom. The Lulu Group owns and operates more than 35 hypermarkets and supermarkets in the Kingdom of Saudi Arabia, which also includes ARAMCO Commissaries and National Guards super stores.

He said, “The Kingdom became an attractive investment destination due to the remarkable growth in economy”. 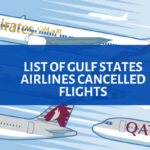