An Expatriate who was working as a human resource manager who took advantage of his post and expelled 30 Saudis earlier got into a case under The Ministry of Labor branch in the Eastern Province and 30 Saudis joined back to their positions.

Expatriate clearly took advantage of the situation and contravened the regulations which prohibits expats occupying such posts.

When the case was followed up by The Director General of the Ministry of Labor and Social Development expatriate was issued an exit only visa and a Saudi was appointed in his place. Also the firm was charged a violation of SR 420,000. 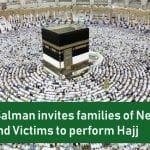