Saudi Arabia is getting prepared to host Hajj 2019 this year with hosting pilgrims all around the world in August. Hajj 2019 is set to begin 9th of August and end on 14th August.

King Salman has issued an official order to host 200 pilgrims who are the families of the victims who were a part of tragic terror attack happened in Christchurch New Zealand.

The official order was directed by King Salman on Tuesday to the Minister of Islamic Affairs. This Special gesture is towards efforts to confront and defeat terrorism.

The Saudi Arabia ministry is working closely with the Saudi embassy in New Zealand to ensure tht all arrangements have been made for the victim families to arrive in the kingdom. Other Pilgrims from New Zealand normally pay $15,000 to perform Hajj. King Salman has relieved these families from that financial burden to not to pay for Hajj and its a gesture of gratitude.

Hajj is an annual Islamic pilgrimage to the holy city of Makkah in Saudi Arabia. It is one of the five pillars of Islam and must be carried out by all Muslims at least once in their lifetime if physically and financially capable. 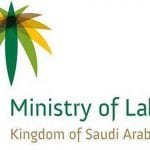