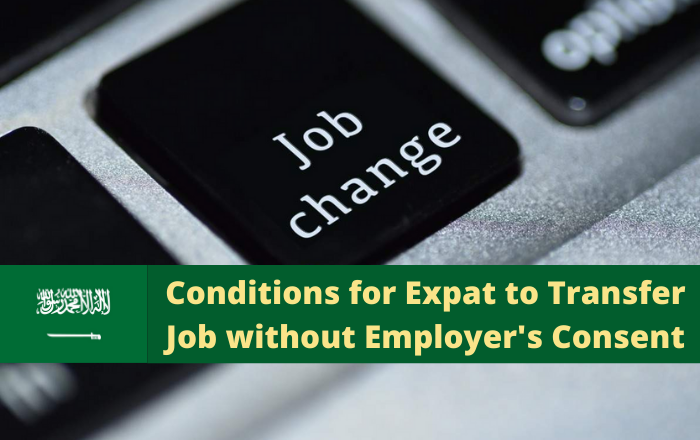 Kingdom of Saudi Arabia has recently announced about Job Mobility for Expatriates starting March 2021 and The Ministry of Human Resources and Social Development (MHRSD) has outlined few conditions for Expats eligible to take the benefit of Job mobility Services without Employer’s Consent as per Labor Laws announced recently.

If an Expat worker transfers from One Job to another Job there won’t be any transfer fee other than what is in force at present.

Here is the list of eight conditions for an expat worker eligibility to benefit from job mobility service without employer’s consent:

3- Absence of the employer because of travel, imprisonment, death or any other reasons

5- Worker’s lodging of complaint about involvement of employer in commercial cover-up (tasattur) provided that the worker is not involved in tasattur.

6- Worker has proof that employer is involved in trafficking in persons.

7- Labor dispute between worker and current employer, and the employer or his representative failed to attend two sessions of litigation despite being notified of the hearing dates or not attending two sessions for amicable settlement of disputes