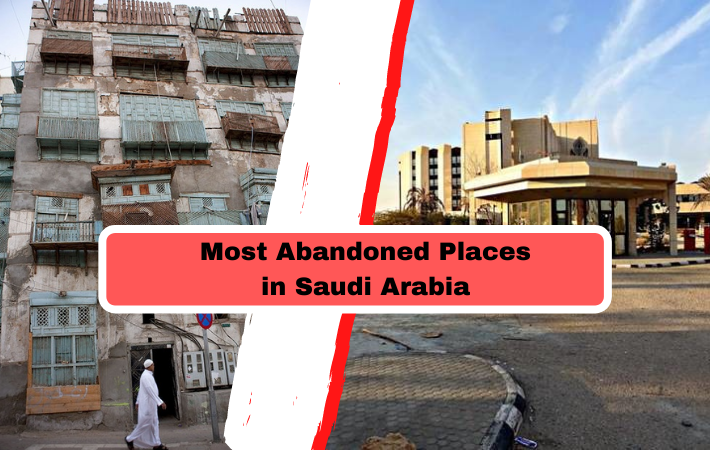 Most Abandoned Places in the Saudi Arabia (KSA)

The most haunted house in Jeddah is located just 100 meters from the sea front on the North Corniche. All the expatriates know this place very well which is nearby expatriate communities in Jeddah.

Even the Cab drivers do not take the route which goes through the house. People say that it acts as a magnet to young people (Shabab).

News has reported that 16 members till now have entered into this house and never came back. This house is also known as Place Of Horror

Iqra Hospital hospital that was evacuated not long after it was completed. Even after 34 years the electricity still works. The reason it was abandoned is still unknown, some say it was abandoned because it was build on haunted grounds. It is believed that supernatural creatures (Jinns) Iqra hospital was famous for treating combatants of Gulf war which happened in 1991. Many young people have raised questions to the government to take action against supernatural creations, but later the government issued a statement that the building is a private building