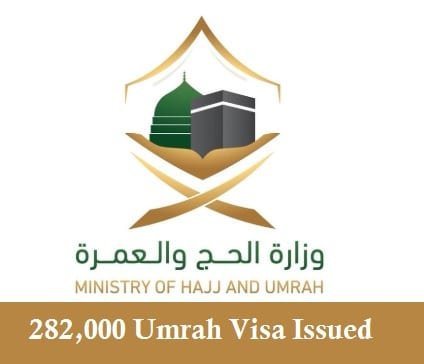 New Hijri Year has just started and Umrah Pilgrims are heading towards Saudi Arabia. 282,000 Umrah VISA have been issued by The Ministry of Haj and Umrah since the start of this Year.

Haj & Umrah ministry have started a weekly indicator system in this new Hijri year to monitor the issuance of Umrah VISAs and also how many of them are actually visiting Saudi Arabia.

These weekly indicator will also include people coming by Air, Land & Sea and this initiative is one of the objectives of Saudi Vision 2030.

According to the ministry, the total number of Umrah pilgrims who actually arrived in the Kingdom by Thursday was 96,038 and 87,232 of them were still in the country with 65,967 in Makkah and 21,265 in Madinah. It said 8,806 pilgrims had left Saudi Arabia after completing the Umrah rites.

The ministry gave a breakdown of pilgrims by nationality. The highest number was from Pakistan with 46,202 pilgrims, followed by 25,580 Indians. There were 5,853 Indonesians, 2,663 Sri Lankans and 2,585 Jordanians. 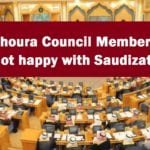