A warning has been issued to the recruitment companies by the Ministry of Human Resources and Social Development that companies that are offering labor services against any human rights of foreign workers as well as involvement in any sort of human trafficking.

The ministry sources that the ministry has emphasized this aspect by sending a circular to all recruitment companies and offices. The ministry instructed that there is a ban on all types of advertisements that violate the regulations related to human rights and human trafficking as well as those that violate religious and social privacy or public morality.

The ministry reiterated that it has the right to oblige the licensed recruitment firm, which has not adhered to the prescribed terms and conditions, to withdraw the ads after receiving the ministry’s notification within one working day, in addition to imposing any penalties or legal procedures against the violators.

It was instructed by the ministry that the advertisement must not contain anything that breaches the regulations related to human rights and that the word or phrases that harm the dignity of domestic and migrant workers must be avoided in the advertisement while publishing ads related to any product or service.

The ministry said that terms such as for sale, for release, etc, should be avoided and must be replaced by the phrase transfer of services.

The ads must also not include words such as maidservant or servant, and it is to be replaced by the term male worker or female worker. The ads must also not contain the publication of personal photos, identity cards, residency permits, or any other personal data of the migrant worker, domestic worker, and the like. The worker should not bear any financial cost in exchange for the transfer of service as an additional condition and the transfer of service shall be made only after obtaining the approval of the worker for the same.

Accusations of slow processing of the file to hire domestic workers for the citizens with allowing large companies to bring them from some East Asian countries for which they charge high recruitment costs is being faced by the ministry. Some citizens were prompted to resort to the transfer of service of domestic workers from the local market in exchange for amounts ranging between SAR 30,000 and SAR 35,000.

The file of domestic workers was published in print and electronic newspaper, counted a total of 180 press release by the Okaz about the follow-ups of processing since it published “the return of Indonesian workers to the Kingdom” without having any tangible changes in the situation.

The exploitation of crisis for domestic workers is active on some social media platforms, coming forward with offers to transfer domestic worker’s sponsorship of different nationalities in exchange for large sums of money reaching up to SAR35,000.

The member of the National Committee for the Welfare of Prisoners Nasreen Ali Al-Ghamdi said that the Saudi Anti-Trafficking in Persons Law prohibits trafficking in any person in any form, as Article 2 of the law states the ban on slavery or practices similar to slavery, and the law considered this type of practices a form of trafficking in persons.

Madawi Al-Farhan, a legal consultant, said that the penalty imposed for committing one of the crimes in human trafficking is imprisonment for a period not exceeding 15 years or a fine not exceeding SAR 1million or of both, As per Article 3 of the Anti-Trafficking in Persons Law. The ads related to the domestic worker’s transfer of service may fall under practices similar to slavery, especially since it was clarified by the law that the abuse of power or the exploitation of a person’s weakness are considered ways to make the practice fall under the description of this crime. 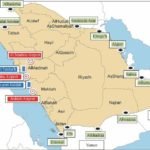