After the gradual resumption of Umrah service in the kingdom of Saudi Arabia, over 6 Million pilgrims have performed Umrah with proper precautions.

The General Presidency for the Affairs of the Two Holy Mosques has informed that total of 1.6 Million were those people who came to Makkah and Madina for Umrah purpose and the rest 4.4 Million were those who performed prayers during October 2020 to Jan 2020 (till date)

Presidency stated that they have been seeing a gradual increase in the no of pilgrims day-by-day in Makkah and they have managed approx. 800,000 worshippers and Pilgrims during the first week of the mid-year vacation

In the first two phases of Umrah only the Local pilgrims were allowed to visit the grand Mosque for rituals.

All the Pilgrims are taking precautions and following the protocols while performing Umrah. 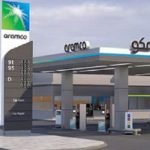