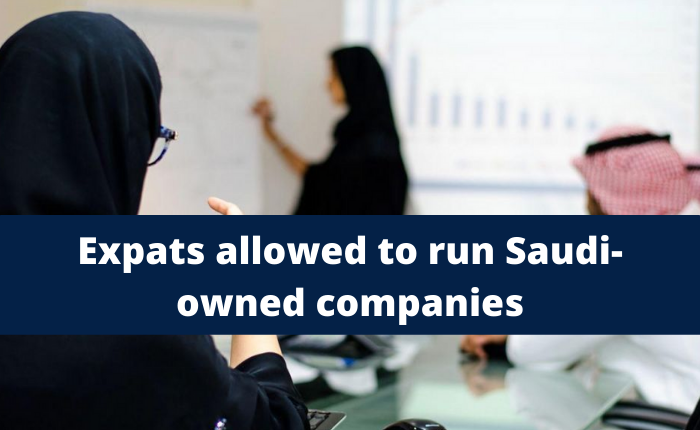 Saudi Arabia has now decided to allow expats to run Saudi-owned companies. Saudi Expatriate has learned that the Ministry of Commerce has taken a choice during this regard.

The Ministry of Justice in Saudi Arabia has revoked the second paragraph of the ministerial decision issued earlier in Hijri year 1426, which says any expat or foreigner cannot own or run a company or Expat cannot have any power from where he can delegate orders to Saudi citizens.

Expats can Now Own or Run a Company in Saudi Arabia

Based on the law it’s  was not permissible for any expat to manage a Saudi company.

As per Minister of Justice, the circular that the telegram was received by Minister of Commerce Majed Al-Qasabi, who is additionally chairman of the Board of Directors of the National Competitiveness Center (Tayseer), during this regard.

The Ministry of Commerce constituted a working team which was to review the difficulty, came to the conclusion that there’s no objection in appointing non-Saudis as managers of Saudi-owned companies, also as in authorizing expats to act in situ of Saudis for running the businesses ,” it had been stated within the circular.