Ministry of Labor & Social Development have announced that Saudization will be done in several jobs from Automobile to clothin and from Furniture to Kitchen-ware.

New Saudization rule is not to remove all expats and make 100% Saudization, its to make any shop or organization 70% Saudization. As per the directive most of the hops in Al Khobar and Dammam were closed to avoid penalties.

Most of the inspectors from Ministry found that the shops and many Super markets were closed and the shops which were opened ensured that they followed the new Saudi-Expatriates Ratio (70%:30%) of the workers.

In the Mall of Dhahran and the iconic Rashid Mall, most of the shops which were opened stationed only Saudi staff at the counters. They admitted that they were finding it difficult to find replacement for expatriate staff. “It will certainly impact our business but for the larger interest of the country we are ready to face the loss,” said a ready-made garment shop owner at the Mall of Dhahran.

At Al-Khobar’s Jawahra market and in expat-dominated Subaikha area most of the shops were closed due to this. Interestingly some of them had displayed “For Rent” sign.

A few of the shops had asked their non-Saudi staff to stay outside to serve customers on the sly. This practice is quite prevalent in gold shops where owners maintain that it will take some time for Saudi staff to learn the trick of the trade. 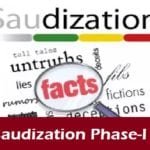 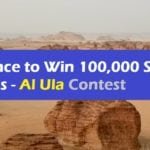