Most of the Baqalas and Grocery Stores in Saudi Arabia have expatriate workers and Saudization in Baqalas & Grocery stores will create more opportunities for Saudi Nationals and expat remittances would drop by 6 Billion Saudi Riyals.

No of Saudi economists predict that if Saudization of Jobs is implemented in Grocery Stores then this will reduce annual expat remittances upto SR 6 Billion.

It will also create 40,000 Jobs for Saudi Nationals, though it needs a proper training of Saudi candidates to use of EPS (Electronic Payment System) in Grocery Stores.

Its impossible to remove 100% expat workers from grocery stores and the number of Expats (around 160,000) working in grocery store is huge and they are also working in remote locations or villages where Saudi might deny working in those places.

Foreign remittances by expat workers in the Kingdom fell by 16.9 percent to SR10.6 billion in June 2018 compared to May when the amount reached SR12.75 billion, showing a decrease of SR2.15 billion, according to figures published by the Saudi Arabian Monetary Auhority (SAMA). 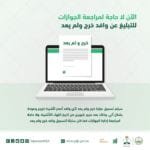 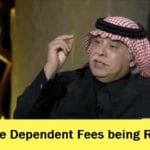