Government of Saudi Arabia is very keen on improving their economy and its very clear for it Vision 2030. They have faced many economic and social challenges in the country.

Deputy Crown Prince Muhammad Bin Salman is making aggresive plans for Vision 2030 with which the Kingdom will not only transform into a better state but will also prosper in future years.

KSA wants to move its focus from Oil-Only Profits but is also considering its socio-economic growth from various sectors. The Kingdom sustained deficit and were riding on reserves earned till now.

International Monetary Agency (IMA) said in one of its report that Saudi Arabia which was one of the most powerful economies in the world, could be bankrupt by 2020 due to it economical situation.

But Vision 2030 is clearing its way on fasttrack towards success. Though the Oil prices are weak and there has been a huge loss in construction companies the expectations for the vision 2030 are here 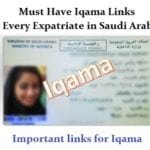