Saudi Arabian Government has been very agressive on their ‘Nation without Violations’. Now the government has offered a offer of 50,000 SAR (13K Dollars) for any one who reports and give information about illegal expatriates.

The Government Official said that there would be No Tolerance for any employer, who will employ and host illegal foreign workers (Expatriates).

Though, Amnesty period which started in march would end up soon after 0 days and any illegal workers who have failed to correct their living status in Saudi Arabia would be in trouble.

This steps is towards making Saudi Arabia a country without illegal expatriates and Violation free Nation and to uplift this campaign a reward offer of 50,000 Riyals has been offered.

Till now 1000+ Expatriates have already correcte thier status and nowe Saudi Government is asking each and every Expatriate to do this. If failed to do this, Expats may face serious trouble in the kingdom.

“The campaign is aimed at all expatriates who do not hold valid iqamas (residency permits) or identification papers in the kingdom and have the residency or labor regulation or both, or those who have entered the Kingdom on Hajj or Umrah visa or transit and have not taken the initiative to depart after the expiry of their visas.” 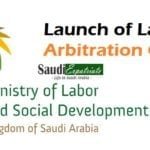 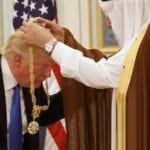