Ministry of Interior in kingdom of Saudi Arabia has announced any gatherings which are not in family, if more than 50 people in a limited or one space will be considered as violation of Coronavirus regulations and heavy fine will be levied on them.

But now fines have increase as per below: Attending or calling for non-family gatherings of more than (50) people in one or a limited space in violation of the Regulations on Limiting Gatherings.

Any gathering which is inside homes, farm house, rest houses, camps, chalets, or any open areas which is of more than 50 people in one or limited space will invite for a fine of SR 15,000 for the facility and the official, and SR5,000 for attendees and invitees.

If the coronavirus gathering violation is repeated in the facility & the official will be slapped with a fine of SR 30,000 while attendees and invitees will have to shell out SR10,000.

Ministry of Interior also added that if the violation is committed for the third time by the same facility and the official, the fines will be doubled and the official will be referred to the Public Prosecution and attendees and invitees too will be prosecuted. 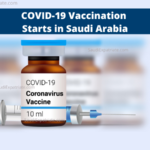