Kingdom of Saudi Arabia has isolated its first confirmed case of Omicron & identified the person and his primary contacts, as stated by the Ministry of Health,

Saudi’s Health Ministry spokesman Dr. Muhammad Al-Abdel Ali informed that a Saudi resident who arrived in the kingdom from a North African country has found tested positive with Omicron variant.

He said the Kingdom of Saudi Arabia applies precise measures & safety controls to prevent the spread of the pandemic virus. People who were primary contact with the infected cases are kept in isolation and all preventive measures are followed.

Dr. Al-Abdel Ali said the co vid mutation has been monitored in more than 21 countries across the world and the rapid spread has been attributed to a lack of immunization against CO VID virus, which increases the chances of frequent emergence of new mutants.

The spokesman said the World Health Organization has designated Omicron as a “variant of concern”, because of its changing behavior and the severity of infection, its response to vaccines, the speed of its spread and the possibility of further mutations.

Dr. Al-Abdel Ali pointed out that studies are still ongoing as available information about Omicron’s prevalence and severity is not complete.

He also said the effects of the new mutant are not much different from the previous variants but also indicated as the virus variant is pretty new, that is why there is a strong reaction to Omicron and as well as a lack of information about it.

He said public reaction about the new variant may be different, but the official scientific platforms have taken the same approach as with the previous mutations.

He said that its very much important to take all the precautionary measures, such as proper immunization, maintaining social distance, face masks and sanitizing yourself properly

All the travellers willing to travel in Saudi Arabia must fully adhere to the precautionary measures.

Compliance with the requirements of the health status in the “Tawakkalna” application is very important and is everyone’s responsibility, he said, adding that anyone who violates the requirements will be penalized. 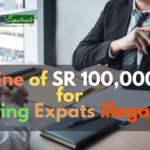