Expatriates who are living in Saudi Arabia and wanted to marry Saudi women must have to go through premarital drug
test. This test is done for identifying any usage of drugs.

Prince Muhammad Bin Naif has taken this decision in favour of Saudi Women for them to be in safe hands after
gettings married to non-saudi mens. Doctors gave this as a green signal and a good step for making strong marraiges.

This issue was a concern when the Al Ahsa Family Welfare asoociation recevied complaints from mothers, sisters, and
wives who were facing issues with drug addict sons, brothers, husbands. Many women took divorce due to these issues.

This is a pre-marital medical check-up. Saudi Men who wanted to marry foreign women and foreign women to want to
marry Saudi men should get the approval of concerned autohrities.

These tests will prevent men and women being embarrassed after getting married to a drug addict and will reduce no
of divorces in Saudi Arabia and bringing a goodwill to the society. 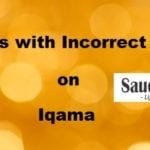 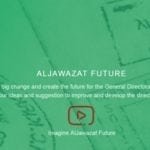