Amnesty Period in Saudi provided a good opportunity to Expatriates and Foreign workers to correct their residency status in Saudi Arabia such as Iqama Issues and residency permit issues. Amnesty period was of 90 days and this steps was taken to make Saudi – A Nation Free of Violation by reducing Illegal expatriates living in Saudi Arabia.

We do are getting lots of queries on our Social media channels to check if Amnesty Period is getting extended or not?

Saudi Arabia don’t have any plans yet to extend the Amensty period. Amnesty Campaign started of on March 29th 2017 and will end in June 29th 2017. Illegal expatriates living in Saudi Arabia and wanted to leave Saudi can leave the Kingdom without paying heavy fines and also they can come back to Saudi in a legal way (As Fingerprints will not be recorded)

All Nations Consululates appealed their illegal Expatriates to crroect their status.

So this is the last chance and last week of Amnesty period for all foreign workers to correct their status in Saudi Arabia as Amnesty Period is not getting Extended. 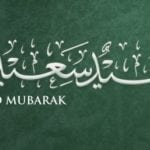