Saudi Arabia is implementing laws one after the other. Just as the Anti-Corruption Committee headed by the Crown Prince Mohammad bin Salman bin Abdulaziz Al Saud in the kingdom. A new Anti-Money laundering Law was amended in the Saudi Laws on Saturday.

This law states that the penalty or fine for Money Laundering will be around 15 Million Saudi Riyals and up-to 15 years of Jail. Both the above penalties will be combined if the accused have done any crime or used violence during the act.

If the accused works in the public sector and exploited their job and/or power to commit the crime; or if the crime included human trafficking, the exploitation of a minor or a woman, or the use of a correctional, charitable or educational facility.

Expatriates if accused will be deported to thei Home country after completing their sentence and will be unable to enter Saudi Arabia again.

Saudi Nationals if accused will be unable to travel for the same time period as their prison time.

The new law emphasises that attempting to commit any of the previously mentioned acts, participating in any of the acts by agreement, providing assistance, incitement, counselling, guidance, advice, conspiring, collusion or concealment are all considered money-laundering crimes. 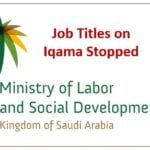