One of the World Richest Men Prince Alwaleed bin Talal from the Royal Family has been arrested along with 10 other princes in Saudi Arabia.

As per the media, Prince Alwaleed bin Talal and others, including 4 serving ministers and dozens of former ministers were detained just after an anti-corruption commission started work.

The Anti-Corruption committee is headed by the Mohammed bin Salman and the committee has the right to Ban from travel or freeze the assests of anyone it considers as corrupt.

Most of the Saudi raged their anger on twitter against corruption. The royal decree said the crackdown came in response to “exploitation by some of the weak souls who have put their own interests above the public interest, in order to, illicitly, accrue money.”

Saudis have praised the round-up of princes and ministers as long-awaited and necessary to modernize the economy. 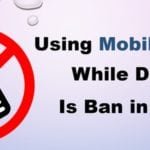