More 35 days to go before the end of Amnesty Period targeting violators in the kingdom of Saudi Arabia. Making Saudi Arabia a Nation fre of Violation. Be it a Iqama Issues, Labor violators and residency Issues.

Though, the initial results have been good according to the General Directorate of Passports and Ministry of Labor and Social Development.

Amnesty Campaign has helped a lot of violators to correct their status in the kingdom on one side, and on the other side atleast 1 Million Expatriates who are not able to corect their status may leave Sauid Arabia within this 90 days Amnesty period.

Amnesty campaign, which was initially launched four years ago, has facilitated the departure of more that 5.5 million illegal expatriates.

The Amnesty campaign has resulted in large numbers of violators attending to Passports location. Nearly 80 locations received illegal expats across the 13 provinces on a daily basis. The locations are distributed between 10 in Riyadh, seven in Quasimodo, 12 in Makkah, two in Al-Baba, three in Asir, four each in Madinah and the Northern Border region, two in Jazan, three in Hail, five in Najran, four in Al-Joudeh, six in Tabuk, and 16 in the Eastern Province.

Turki Al-Manea, general director of the branch of the ministry of labor and social development in Qassim, said the campaign will likely lead to the exit of at least 1 million violators. 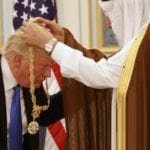