No, Saudi Arabia is not going to allow shops to stay open during prayers as a practice which is followed since ages in the kingdom.

As a Muslim country Saudi Arabia has been practicing closure of shops during Prayer times for good to have all the shopkeepers perform their prayers. Closing Shops for Prayers shouldn’t take much time for more than 15 mins per prayers which means it will be not more than 75 mins per day for 5 prayers.

Now, to boost Sales around the kingdom and to compensate the time the shops closed for prayers timings a new measure has been taken which allows the shops to be kept open 24 hours or extend their business hours than normal timings.

Businesses who are willing to operate round the clock (24 hours business) should pay a fee to the government which will be decided by the Ministry of Municipal & Rural Affairs.

Saudi Arabia’s Cabinet announced the new measure on Tuesday via the state-run Saudi Press Agency. Previous media reports falsely claimed that the new measure puts an end to the mandatory closure during prayer times. However, in the state-run report, there is no explicit mention of it. Had the law been repealed, it would have been addressed with much more volume. 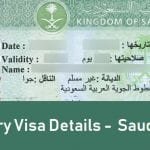