In History of Saudi Arabia in 1970s had many theatres in Saudi Arabia. Then in 1980 there was an improvisation in theatres ans Indian, turkish, Egyptian movies were played without any government intervention.

In mid 1980s due to islamic Laws all the movie theatre and cinemas were closed in Saudi Arabia. However, a theatre which screens documentaries named IMAX is available in Khobar. People travel to Bahrain to watch movies in Weekends.

Ahmed al-Khatib, chairman of the General Entertainment Authority (GEA), has told news agency Reuters that it will take time for such a development, but said ” We’ll get there. I know how. I don’t know when.”

Yes, you’re reading in right. Movie Theatres and Cinemas are planned to come back to Saudi Arabia. Are you ready?

Reopening of movie screens in Saudi Arabia will be a part of reforming the kingdom since King Salman bin Abdul Aziz became the King.

Don’t know what is happening in Saudi Arabia these days. However, Expatriates and Nationals can spend time in Weekends to watch a Movie. Not sure, if this decision is right in Islamic country, but atleast Movies and Theatres shouldn’t be allowed in Makkah & Madina region.

Please give your comments too, I would love to hear from all my readers about it. 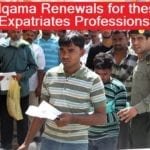