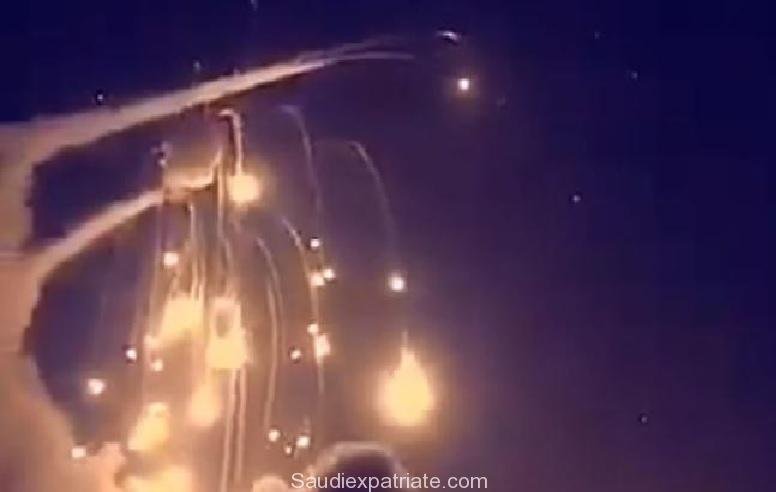 Saudi forces intercepted seven Yemeni militant missiles on Sunday, including over the capital Riyadh, in a deadly escalation on the eve of the third anniversary of the Saudi-led coalition’s intervention in Yemen.

One Egyptian was killed and two of his countrymen were wounded by falling shrapnel in Riyadh, authorities said, with residents reporting loud explosions and bright flashes in the sky shortly before midnight.

The Iran-aligned Al Houthi militants fired three missiles at Riyadh and four others at the southern cities of Khamis Mushait, Jizan and Najran, with the coalition saying they all targeted populated areas.

The internationally recognised government of Yemen, who has been fighting the militias since 2015, also condemned the Houthi attack.
Meanwhile, the United States comfirmed their support to Saudi Arabia in defending the Kingdom’s borders.

Witnesses reported loud explosions and bright flashes in the sky in Riyadh, apparently caused by missiles being shot down.

Hope and pray for being safe. Saty Safe Guys