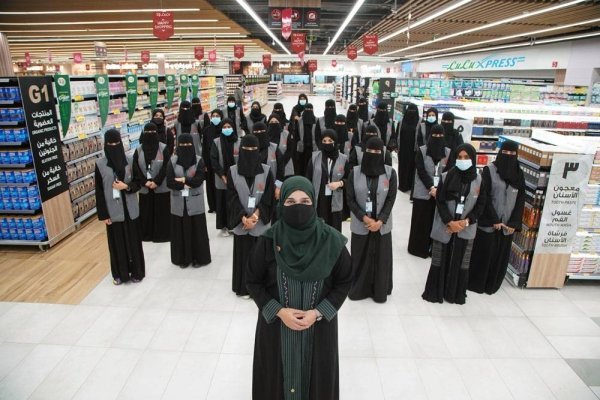 LuLu Group which is the leading UAE-based retailer further strengthened its presence in the western region of the Kingdom of Saudi Arabia with the soft opening of its new Express Store in Al Jamea, Jeddah, thus increasing its total store count to 201 globally.

This is the group’s first store led by an all-women staff, which is a pioneering initiative among all the hypermarket brands in the Kingdom which reaffirms its commitment to Vision 2030 reform plan of economic empowerment of Saudi Women.

The store is located near King AbdulAziz University, which has a retail space of 37,000 square feet. It is the 20th store of the group in the Kingdom of Saudi Arabia and is also home to a wide variety of globally sourced products such as grocery essentials, fresh food,, household health and beauty and much more things.

The LuLu brand has always been known for catering to shoppers based not only in city centers, but as well as the outskirts areas and suburbs, where people do not need to travel long distances to buy the essential needs. The LuLu group told that they commit to providing world-class shopping and that they shall continue meeting the lifestyle needs of our clientele base.

An inaugural function was not held due to COVID-19 crisis and public movement restrictions. The shoppers have downloaded the Tawakkalna App as a safety precaution against COVID-19 and to support the government’s mandate in order to enter the mart.

During the pandemic, LuLu group has played a very crucial role and ensured uninterrupted supply of food and non-food products with maintaining the highest standards of hygiene, health and safety of both its customers and employees. According to the industry protocols intensified sanitization programs and social distancing norms are being followed.

Shehim Mohammed, director of LuLu Hypermarkets Saudi Arabia said that apart from introducing innovative shopping platforms they are also proud to announce that this is their very first store led by the female team, from the general manager to the cashiers, which signifies their effort to empower more Saudi women in the workforce.

At present there are 3,000 Saudi nationals including 800 women in all the hypermarkets in the Kingdom of Saudi Arabia in various positions and the aim is to encourage more women in the group, thereby ensuring Saudi women’s economic participation.

the general manager of the newly launched store Maha Mohammed Alqarni said that she is extremely happy to be part of LuLu Group’s first ever store that is fully managed by women. And that it is a great honor for her to represent the growing community of Saudi women who are supporting for the progress of the country’s economic activities and aiming to share their skills and be of greater contribution to the public.