A Long awaited Verdict for Ram Janmabhoomi -Babri Masjid was given by the Supreme Court in India that the disputed land will be given to Hindus and the Sunni Waqf board will be given a 5-Acre land separately for the construction of Masjid (Mosque).

Hindu parties will be given 3 months to setup the the trust for building Mandir in Ayodhya on the disputed land which will be formed by the Central government in India.

Shia Waqf Board and Nimoli Akhara; both the parties were dismissed from the disputed land.

The five-judge bench of the Supreme Court in India has delivered its judgment in the Ram Mandir-Babri Masjid dispute case. The bench has said that an alternate land has to be allotted to Muslims (Sunni Waqf Board) for construction of Mosque. Supreme Court has said that there was a massive structure on the site of the Babri mosque. It also said that the mosque was not built on vacant land and the structure has no Islamic origin. The court also said that the title suit has to be decided on legal proof. 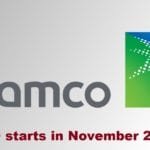