Good News for all Pakistani Expatriates Living in Saudi Arabia who wants to correct their residential statuses in the kingdom.

All Pakistani  Illegal Expatriates can make use of this opportunity for any issues with their Iqama or Jawazat.

Saudi Government has extended the Amnesty Period for India as well as Pakistani Expatriates which s started from September 16 2017 and will end on October 15 2017.

Pakistani Embassy announced that the Amnesty Period to extend the amnesty period and give a chance to all the illegal Pakistani Expatriates living in the kingdom. 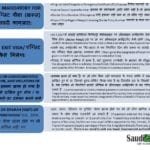 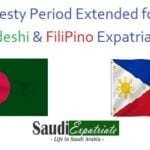