As per Eid al Adha holidays which was announced from 17th August (Friday) till 25th August (Saturday). All th Financial institutions including Stock Exchanges, Banks, Insruance Companies will be closed on the above mentioned dates and will reopen from 26th August (Sunday).

All the Banks, ATMS which are located near the holy site (Makkah & Madina) will be open and continue to work during the Hajj season on Weekend as well as holidays too to provide service to all the Hajj Pilgrims from different countries.

Insurance companies which are catering Hajj Pilgrims should operate during holidays as per SAMA.

SAMA emphasizes that it is important for banks to keep a number of their branches operating in populous and crowded areas, in places where the need arises to deal with banks, and in various airports and border outlets to work during Eid Al-Fitr holiday. We hope that names and working hours of such branches be informed to SAMA and published to the public by appropriate means. 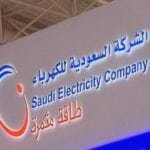